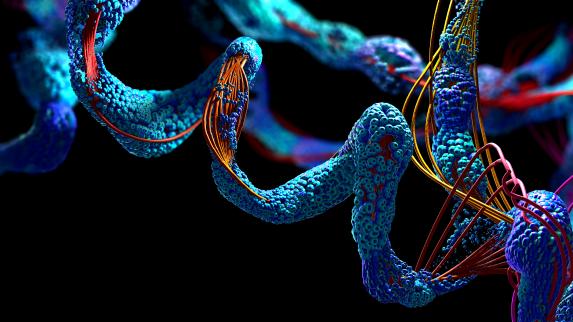 Rutgers‒Camden researchers have written a study bridging the divide between genomics – the study of genetics and proteomics – the study of proteins. The study titled “Contiguously hydrophobic sequences are functionally significant throughout the human exome” was published in The Proceedings of the National Academy of Sciences (PNAS). The research centers around the connection between gene mutations in protein sequences and diseases. The research found that mutations tend to occur within the body in oily regions of proteins. This is typical of Mendelian diseases such as Alzheimer’s, Parkinson’s Disease, and epilepsy. For example, there is a known mutation in the protein apolipoprotein E, which packages fats. That mutation increases a person’s risk of late-onset Alzheimer’s. The team used this information, and information about many other mutations, to detect patterns. To read the full story.