Home / News / Many Physicians Have Misconceptions About E-Cigarettes.

Many Physicians Have Misconceptions About E-Cigarettes. 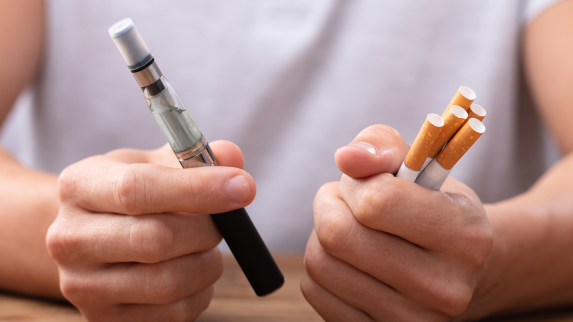 Many physicians incorrectly believe all tobacco products are equally harmful and thus are less likely to recommend e-cigarettes for people seeking to quit smoking or those being treated for a tobacco-caused disease, according to a Rutgers study. About 480,000 people die each year in the United States from smoking tobacco. Although the Food and Drug Administration has not approved e-cigarettes as a cessation device, many people ask their physicians about using them as an alternative to tobacco cigarettes or as a way to help them stop smoking. E-cigarettes use a heated liquid containing nicotine.

“As the evidence grows showing e-cigarettes as potentially effective for smoking cessation, they may play a pivotal role in reducing use of cigarettes and subsequently tobacco-caused disease,” said study author Michael Steinberg, medical director of the Rutgers Tobacco Dependence Program at the Center for Tobacco Studies and division chief in the Department of Medicine at the Rutgers Robert Wood Johnson Medical School. “It’s important to understand physicians’ perspectives on e-cigarettes as a means for harm reduction.” To read the full story.